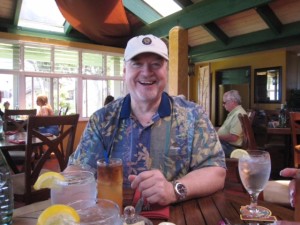 Gary was fascinated by things Japanese for most of his life. His self study of Asian culture began in the late 1970s when he became interested in Japanese swords as works of art. This quickly led to his practicing a Japanese martial art of swordsmanship. From that exposure, he became interested in the various art and antiques of China and Japan, eventually gravitating to collecting specifically Japanese pieces. Unfortunately, or fortunately, as the case may be, Gary loved all forms of Japanese art and craftsmanship, and his collecting was never limited to a particular genre. It was through his collecting that Gary gained his practical knowledge in the art and crafts of Japan. 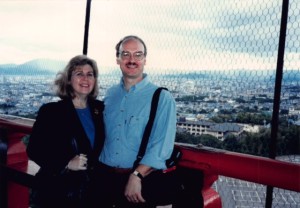 He made his living in the financial services industry for a number of years prior to 1992, then in that year he decided to follow his passion, and opened Yoshino Japanese Antiques. To extend his knowledge of the Japanese arts, Gary studied cha-no-yu, the tea ceremony, and shiatsu, Japanese massage. He presented lectures on a number of topics, including ceramics, textiles, tansu, wood block prints and bamboo basketry, as well as various periods of Japanese history, at various venues including the Japanese American Cultural and Community Center, the Pacific Asia Museum, the Huntington Museum and his own store. He also published many articles on the aforementioned topics.

Gary appeared on a number of television programs on the Discovery and History Channels. In February 2015, Japanese TV interviewed him while filming his home to demonstrate how Japanese design could be incorporated into a Western style home. He also founded and was the Chief Instructor for iaido (traditional Japanese swordsmanship) at the Kenshokai Japanese Swordsmanship Association in Los Angeles, where he held the rank of go-dan.